People do not change from one day to the next. This was me in 1979 before embracing Islam. Not sure if it was Seattle , Washington State, or Canada. I did not know anything about ISLAM. 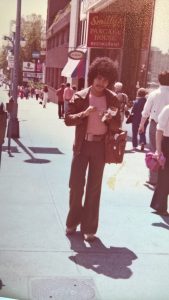 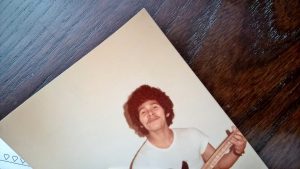 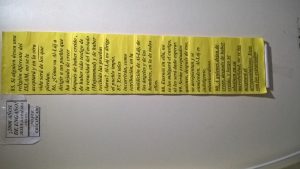 My First Post in Spanish more than 30 years ago.

The above Yellow-Color Poster, has been translated below into English from Arabic for all sincere hearts to read the last message of Allah to mankind.  It is your choice.

Kindly, I advise you all to follow Allah’s strong last message to Mankind .

85. And whoever desires other than Islam as religion – never will it be accepted from him, and he, in the Hereafter, will be among the losers.

86. How shall Allah guide a people who disbelieved after their belief and had witssed that the Messenger is true and clear signs had  come to them? And Allah does not guide the wrongdoing people.

87.Those – their recompense will be that upon them is the curse of Allah and the angels and all mankind

88. Abiding eternally therein (in Hell). The punishment will not be lightened for them, nor will they be reprieved.

89. Except for those who repent after that and do righteous deeds. Verily, Allah is Oft-Forgiving, Most Merciful.

90. Verily, those who disbelieved after their Belief and then went on increasing in their disbelief (i.e. disbelief in the Qur’an and in Prophet Muhammad) – never will their repentance be accepted [because they repent only by their tongues and not from their hearts]. And they are those who are astray.

91. Verily, those who disbelieved, and died while they were disbelievers, the (whole) earth full of gold will not be accepted from anyone of them even if they offered it as a ransom. For them is a painful torment and they will have no helpers

Therefore, after this revelation from Allah, anyone sticking to his/her ancestors’ traditions of:  ” in the name of God The Father, God the Son and God Holy Ghost” would not have a place on Paradise, since Three Gods is synonym  of POLYTHEISM or SHIRK.